Most Syrian scholars are gifted by Allah SWT with the expertise and comprehensive knowledge in fiqh and usul fiqh. Zul took full advantage of the opportunity of his stay in Syria to learn from several of the most famous and renowned scholars there. Among the first of his teachers is Syeikh Dr Mustafa Sa’id al-Khin who was his supervisor.

For almost every weekend Zul would go to the Syeikh’s house to discuss the progress of his thesis. If possible, Zul wanted to complete his thesis as soon as possible. Sheikh rarely ever talks and took his job seriously. His house is filled with books, a clear depiction of him being an avid reader, particular researcher and great scholar. At the same time, he also has great wisdom all thanks to his vast experience and interaction with scholars from he was just a boy. Beginning at his school Maahad Tawjiyyah al-Islami, his teacher Syeikh Hassan Habannakah had encouraged him to visit prominent scholars such as Syeikh Badruddin al-Hasani, Syeikh ‘Ali al-Daqqar, Syeikh Sa‘id al-Burhani, Syeikh Ibrahim al-Ghayalini, Syeikh ‘Abd al-Qadir al-Iskandari and others. These scholars greatly touched him and influenced him in forming his character and spiritual soul. 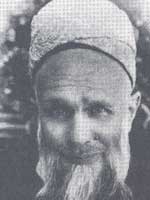 There was a story told to him, one of the teachers that the Syeikh’s admired and love is Syeikh ‘Ali Daqqar. When he was just a young boy, he will always attend the halaqah led by Syeikh ‘Ali al-Daqqat at Jami’ al-Sadat. Since the place is far from his house, he will have to depart even before Subuh. If ever he was late, the mosque will be crowded with people up to the streets. Everyone who attended is captivated by his sermon that some would even cry in repentance. Every word is like a spell enthralling his audience.

His student once asked, “I’ve taught various knowledge to people, but I’ve never encountered an audience more affected by a reminder than the audience from your classes.” Syeikh then answered, “My child, if there isn’t a need, I wouldn’t have told you this. The sermon or lecture that you’ve heard is strengthened by the recitation of 10 juzuk of the Quran before Subuh with the intention that hopefully, whatever I’m able to teach will be of benefit for the Muslim ummah.”

Such is the distinction of Syeikh ‘Ali al-Daqqar, among the scholars that greatly impacted the soul and life of Syeikh. The story made Zul think long and hard. He once read another story of how Hamdun bin Ahmad once said, “Why is it the speech of the Salaf is more beneficial than our speech?” He replied, “When they talk, they do so for the honour of Islam, the safety of themselves and the blessings of al-Rahman.” [1]

It is narrated, a storyteller who lived near Muhammad bin Wasi, said, “Why did I see, none of the people is focused, cry or have goosebumps (when they are listening to my story)?” Muhammad bin Wasi’ answered, “O So and so, the reason is I only saw them listening to your empty words. When words that came out are from the heart, then surely, it would reach another’s heart.” [2]

He also shared his experience meeting Maulana Abu al-Hasan ‘Ali al-Nadwi at Syeikh Hasan Habannakah al-Maidani’s house. The closed event and luncheon are only attended by several friends of Syeikh Hasan Habannakah. He said it is an unforgettable event for him. He still remembers every single word that Maulana Abu al-Hasan ‘Ali al-Nadwi said which couldn’t be described in words of their beauty, filled with a spiritual touch that grows in one’s heart and soul.

As soon as Zul arrived at Syeikh’s house, Zul parked his bicycle by the door. Zul gave his salam and entered Syeikh’s house. He could see several Arabs have already gathered around. One Arab guy is sharing the concept of jihad in Islam with his friends.

Zul just observed their discussion. They were enthusiastic and passionate!

“There are numerous verses of the Quran which commanded the Muslim ummah towards jihad, encouraging them for jihad and explained the status of jihad and the favours of the people who went for jihad and the martyrs of Allah. Likewise, there is also sunnah of the Prophet PBUH to further learn about this topic, encouraging and explaining the advantages and status of jihad to Allah SWT, as He states in the Quran:

“Fight in the way of Allah those who fight you but do not transgress. Indeed. Allah does not like transgressors.” [3]

Another person interjected, “Jihad is fulfilling an obligation from Allah until he is free from the burden that he carries, to receive the enormous rewards and contentment in the hereafter that has been promised by Allah for those who went for jihad. I’m truly impressed by our mujahidin out there. If Allah permits, I’d want to join them!”

Coincidentally, Syeikh had just walked out and overheard their conversation. Syeikh then said, “You coming to my house today, the mukhabarat (spy/operative) would already know.” All of the Arabs hunched and look to the ground. Some smiled sheepishly at Syeikh’s satirical statement. The Syeikh is not only great fiqh and usul fiqh scholar, but he is also a strict scholar towards the government and is always concerned about the issues of the fight for Islam regardless of whether it is in Syria or any other place in the world.

After he finished the discussion of his thesis, Zul took the opportunity to ask his teacher, “Syeikh if ever you have the opportunity, what other dreams that you have that you’d like to fulfil?” Syeikh went completely quiet. Maybe it was unexpected, such a question would be posed to him by his student, a young man from a small village in Kuala Terengganu. He turned and gazed towards his bookshelves for a while, then said, “I want to write a biography, the opinions and stance of my teacher, Syeikh Hasan Habannakah regarding multifarious issues. I’m not sure whether I’ll have the time for that or not.”

Syeikh then turned and looked at Zul and asked, “Zulkifli, how exactly is it the environment in Malaysia? Is it a beautiful country? If I have the chance to go there, I’d very much like to do so.” Zul smiled affectionately at his teacher and explain briefly about Malaysia. Syeikh was excited as he listens to Zul’s description of Malaysia.