Chapter 40: Pearls of Wisdom in the Land of Syria

“Ustaz Zul, can I learn the Hikam book from you…?” Azlan’s greeting stopped Zul from his thoughts. Zulyadain who was by his side smiled at him too.  Both holding the Hikam book close to their chests. They wanted to learn from Zul. Since the beginning of his studies in Syria, Zul is among Malaysian students to whom their juniors would prefer to refer and learn talaqqi. 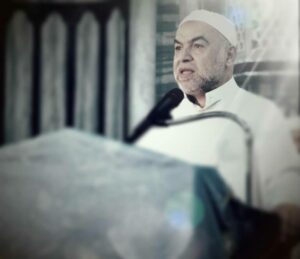 “In the book al-Hikam, Imam Ibn Ata’illah stated the stated the 11th words of wisdom:

“Bury yourself in an arid land, indeed anything that grow from something that isn’t planted, then the result is imperfect.”

Syeikh Abdul Majid As-Syurnubi said this wisdom teaches students of knowledge to practise the character and attitude of tawadduk and sincerity. The reason is both these attributes will protect a person from seeking fame. Imam Ibn Ata’illah gave a very simple analogy. He likened a student with a seed. For a farmer, in order to get a high-quality crop, he must first acquire a high-quality seed. Then the seed is planted and taken care of. Buried at a certain specific depth. When it was first planted, no one knows whether it will yield a high-quality crop. It is not visible for it is buried deep in the ground. Until a certain time is reached, then the seed will sprout and grow, changed into a grown plant. Its roots are strong and wouldn’t easily be blown away by the wind. Likewise, it can now easily access the minerals in the soil through its tangled roots.” A simple and easy to understand explanation by Syeikh, making Zul comfortable and happy to learn from him.

“Syeikh, if you’re willing, I’d like to learn several aqidah books with you. Is that possible?” Zul asked Syeikh Rusyd Qalan one evening after he returned from a sermon delivered by Syeikh Nuruddin ‘Itr at Majma’ Ilmi Jami’ Sadat. Syeikh agreed and asked him to come to the Manjak Mosque. “Sure, insya-Allah, Zulkifli. We will start with the book Syarah al-‘Aqidah al-Tahawiyyah by al-‘Allamah Imam ‘Abd al-Ghani al-Ghunaimi,” he replied to Zul. He is a faqih of madhhab Hanafi, born in Damascus. He studied under al-‘Allamah Ibn ‘Abidin. Among his students is Syeikh Tahir al-Jaza’iri. He has written several books in the field of akidah such as fiqh Hanafi, nahu and others.

At the beginning, Zul learned the book Syarah al-‘Aqidah al-Tahawiyyah by al-‘Allamah Imam Abd Ghani al-Ghunaimi with Syeikh. If at the Islamic University of Medina Zul learned the book al-‘Aqidah al-Tahawiyyah together with Syeikh ‘Abdullah bin Muhammad al-Ghunaiman, s scholar in aqidah and renowned in Medina as well as the Head of the Higher Education Committee, Islamic University of Madinah. The exposure to the various discussion and explanations according to the Ahlul Hadith and Asyairah line of thoughts have taught Zul to be more open in understanding the true concept of akidah of Ahli Sunnah wa al-Jama’ah.

He continues his studies with the book al-‘Aqidah al-Asbahaniyyah, Ithaf al-Murid bi Syarh Jaurahah al-Tauhid, Qatr al-Nada, al-Adab al-Bahth wa al-Munazarah and several other books. All of them is completed under the teachings of Syeikh. Sometimes, he will also have his class at Syeikh’s clothing shop which sells fabrics and house essentials such as socks and others. Zul will cycle on his bicycle from his house crossing the grave of al-‘Allamah Syeikh Badruddin al-Hassani and Imam Ibn Asakir. Every time he passed the graveyard, Zul would stop and recite surah al-Fatihah and dedicate it to both of the great scholars of Syria.

Zul opened a book he had just bought, Qimat al-Zaman ‘inda al-Ulama book written by Syeikh Abdul Fattah Abu Ghuddah. As he reads his book, he was drawn to the phrase which states:

“I see a lot of people waste their time in the most astonishing ways. If they are having a long night, they will talk of matters of no importance or read unbeneficial books. If they have a long day, they will fill their days with sleep. Ibnul Jauzi who lived in the city of Baghdad compared them with those who are sailing in their boats or ships who always talk with others whilst they had nothing. I see just a small number of them truly understand their reason for existence. Thus, they prepare as much as they can for their travels. Hence, have taqwa towards Allah with the blessing of your age and hasten and race with the limited time that has been granted for you…”

The time that he has in Syria is not long. Zul cannot afford to procrastinate. Every second of his time must be carefully planned to avoid wasting any of them. That’s why he benefitted his time fully throughout his study in Syria by collecting as many pearls of wisdom in the blessed land of Syria.

Zul attended several halaqah of Syeikh ‘Abdul Qadir al-Arna’out. He is a fair-skinned, blue-eyed man, with a tall and built body. In his class, he would sometimes joke and narrate amusing and humorous stories. He is a humble and tawadhu’ person. One day, Zul asked him, “Syeikh, is it sahih that the book al-Ibanah is from Imam Abu al-Hasan al-Asy’ari?” Syeikh answered, “Yes, it’s true. I don’t know of any scholars that negate this…” Zul also didn’t let go of the opportunity of learning from Syeikh Dr Muhammad ‘Abdullatif Soleh al-Farfour, Mudir Majma’ Ilmi Jami’ Sadat. With him, Zul learned the book al-Arba’un al-Sihhah, 40 hadiths which he arranged himself and the book al-Futuhat al-Makkiyyah by Ibn ‘Arabi. Although several controversies are surrounding the Syeikh that he had heard since his studies in Medina, however, Syeikh’s comprehensive and detailed explanation regarding the words of Ibn ‘Arabi, supported with evidences from al-Qur’an and Hadith, strengthens his studies and does not deviate from the sahih track of tasawwuf.

Contemplate on the words of the true Sufi. They are ahlullah, ahl hakikat, ma’rifat and certainly ahl shariah. It is narrated that Abu Bakar al-Warraq once said: Whoever learn the knowledge of kalam without the attribute of zuhud (tasawwuf), then he is among the zindiq. Whoever learns zuhud without the knowledge of kalam and fiqh, then he has committed bid’ah. While whoever learns fiqh without zuhud and wara’ then he is amongst the fasiq. Whereas whoever masters all these knowledges, then he has attained the level of the mukhlis. [2]

Meanwhile, Sidi Ahmad Zarruq set an important methodology in tasawwuf which is: There’s no tasawwuf without fiqh, for only with fiqh we can learn the apparent rulings of Allah SWT. Likewise, there’s no knowledge of fiqh without tasawwuf, for good deeds are only attainable with true sincerity and faith to Allah SWT. Thus, both tasawwuf and fiqh should be unified, just as body and soul should be unified. The comparison of the knowledge with religion is like soul and body.” [3] The advice of Syeikh Dr Muhammad Abdullatif Soleh al-Farfour is just like cold water given to a thirsty person on a hot day. He is among the example of sufi scholar who is faqih and has a sufi soul. The land of Syria is blessed by Allah SWT with scholars of different schools of thought. Syeikh Usamah al-Rifa’ie class is among the centre of attraction for students who want to learn in-depth of the book al-Majmu’ by Imam al-Nawawi, concurrently, for those who are istiqamah with the movement and fight for Islam. Most loyal followers of his class are from among the youths and mujahidin in Syria. He is the son of Syeikh ‘Abd al-Karim al-Rifa’ie who lived during the same era of al-‘Allamah Syeikh Hasan Habannakah. The Grand Mufti of Syria, Syeikh Ahamd Kiftaro also has his own followers. Syeikh Ahmad Kiftaro is famous as a Sufi and General Grand Mufti of Syria at the time and is active in promoting fiqh ta’ayush and the spirit of Muhibbah together with the Christian priests. Zul once visited Jami’ Abu Nur to atten a sermon delivered by Syria’s Grand Mufti. He gave a great explanation of the interpretation of Surah al-Baqarah verse 197. Beside him is Syeikh Rajab Dib, who is Syeikh Ahmad Kiftaro’s, right-hand man.