Chapter 18: First Experience of Being Classmates with Arabs

From Jeddah, they board yet another aeroplane headed to Medina happily. The blessed land of which previously just read in books and watched through the television, the stories heard from one’s grandparents and relatives who had visited the city when they were performing hajj and umrah. The 55 minutes journey there was quite monotonous since there were only clouds and desserts could be seen. To entertain himself, Zul turned his attention back to his books regarding the seven fiqh scholars from Medina (al-fuqaha’ al-sab’ah).

The city of Medina is a dream destination for students and knowledge seekers from various countries to get the taste of learning the pearls of wisdom from the Prophet PBUH. Through the guidance of the Companions, a line of esteemed scholars known as al-fuqaha’ al-sab’ah was born. They are Sa’id bin Al-Musayyib, ‘Urwah bin Az-Zubair bin Al-’Awwam, Sulaiman bin Yasar, Al-Qasim bin Muhammad bin Abi Bakr, Abu Bakr bin ‘Abd al-Rahman, Kharijah bin Zaid, ‘Ubaidullah bin Abdillah bin ‘Utbah bin Mas’ud.

They were mentioned in a famous poem,

Then say, they are ‘Ubaidullah, Urwah, Qasim * Sa’id, Abu Bakr, Sulaiman, [and] Kharijah

The land of Medina witnessed the birth of great scholars such as the founder of madhhab Malik which is Imam Malik bin Anas. Imam Malik was born 13 years after the birth of Imam Abu Hanifah who lived under the rule of al-Walid bin ‘Abd al-Malik during the Umayyah era and passed away when he was around 90 years old under the rule of Harun al-Rasyid during the ‘Abbasiyah era. It is stated in a narration, Imam Malik once met with a young man. He asked the name of the young man of which the young man promptly answered, “Muhammad.” Imam Malik then said “O Muhammad! Have taqwa to Allah, avoid sins and you’ll be a great man in the future.” The young man later became the great scholar we know as Imam al-Syafie. Through his students, madhhab Maliki was spread throughout the globe such as to Egypt, Spain, Tunisia, Morocco, and some parts of Africa. [1] Other great scholars are also born in Medina such as Imam al-Zuhri, Rabi’ah al-Ra’yi and others.

Prince Muhammad bin ‘Abdulaziz International Airport Medina is smaller than King Abdulaziz International Airport in Jeddah. From afar Zul could already see a huge Ahlan wa Sahlan ila Jami’ah al-Islamiyyah bi al-Madinah al-Munawwarah (Welcome to Islamic University of Medina) sign. They were greeted by the committee wearing an all-white jubah with a red and white syimagh neatly placed on their heads. The committee members were all smiling happily and congratulate all the new students. They were all then ushered into a bus prepared by the university, then all of them headed towards the campus of which will take 40 minutes from the airport. On the bus, Zul was informed by Rudaini, another student from Terengganu named Affandi who was also offered enrolment into the Islamic University of Medina couldn’t make it due to some visa issues and he may be arriving a little later than the other students.

“Why are you so happy?” Zul asked Shohor Bani. Shohor Bani was jumping cheerfully in front of Zul and Zaini. There’s something that he’s trying to tell both his friends but he just can’t contain his delight. “Alhamdulillah. All three of us passed! I’ve just gone and looked at our results on the notice board.” Shohor Bani announces grasping both of his friends’ hands. “Allahuakbar…!” Zul said, wiping his face with his hands in disbelief and gratitude. Alhamdulillah, it’s their first success at the Islamic University of Medina. They have passed their exam to directly enrol into their course without first going through Syu’bah Ta’lim al-Lughah li Ghayr al-‘Arab (Language Education Section for Non-Arabs). This achievement is none other than the result of the blessing and supplication of their teachers, parents and the quality of the teaching and learning of Arabic they had since they were in SMASZA Ladang till Thanawi in SMAASZA Batu Burok. Admission and Registration at the Dean’s Office Building

For non-native Arabic speakers or non-Arabs who didn’t pass the interview in determining the Arabic proficiency level of their Arabic, Syu’bah Ta’lim al-Lughah li Ghayr al-‘Arab which was established in 1967, a resolution made by the Supreme Advisory Council of the Islamic University of Madinah in 1964, is the place where they will have to attend Arabic language consolidation class in preparation before entering and starting their university course. Here, students are placed in accordance with their respective levels following the results of the interview and they will be taught by Arabic linguist experts such as Syeikh Dr V. Abdul Rahim, Syeikh Dr. ‘Abdullah bin Ahmad Qadiri and Syeikh ‘Abdul Hadi bin ‘Umar Fallatah. 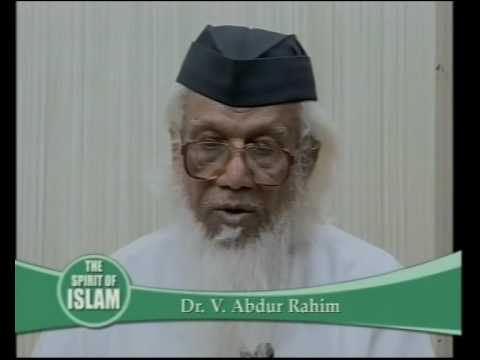 They quickly went to register the courses they wished to take at ‘Imadah al-Qabul wa al-Tasjil (Dean’s Office – Admission and Registration). “Ni, Shohor, I know we are very close with each other, But, in regards to learning, we can’t simply just follow what the other has decided on. Choose what we are really passionate to learn. This is the first step of our own future. I’m going to choose Syariah.” Zul said, swiftly taking the form to register to the Syariah Course and fill it in. Zaini and Shohor Bani each took the Dakwah and Usuluddin forms respectively.

“Do you think we’ll be fine studying together in class with the Arabs?” Zaini asks Zul and Shohor Bani. “Insya-Allah, we’ll be fine. We’ve always communicated in Arabic with our teachers Ustaz ‘Utuwwah, Ustaz Wahdan, Ustaz Taha, Ustaz Sa’id al-Qasabi back in SMAASZA. I think it’s pretty much the same.” Zul states, giving his two cents.

“Hey guys, I think I want to change my class and go to Syu’bah Lughah. I find it quite difficult having my class with other Arab students. They would have heated arguments with the teacher as if they were at war with him. When we were studying back in SMAASZA, we will be very cautious and mindful of our manners when sharing our opinion with the ustaz. The Syeikh was just discussing the topic of taharah [2]. But the discussion was so intense, it was lucky they didn’t flip the tables and chairs. They would present their view citing the Qur’an, hadith and qaul[3] of the scholars. I can’t even follow what they were talking about. We are used to fushah Arabic in Malaysia. They were talking in Najdi, Hijazi, Khaliji dialects. They were smug. I could only look from the sidelines and are too scared to get a word in, sweating like crazy.” Zaini lamented and shared his worries one evening. His shawarma was barely touched on the table. He didn’t have an appetite. Actually, Zul and Shohor Bani also felt the same way. If they were back in their village in their childhood years, they could boast of their fighting skills in shooting their bamboo guns, rubber fruit battles, cockfighting and having unique betta fishes, but when it was a whole other story with the Arabs. The Arabs are used to handling camels even at a very young age!

“Let’s go and consult the officer in charge of admission and registration. We can apply to enter the language centre. I would rather go back to the basics and learn mubtada’ and khabar again, than arguing with the Arabs in my class.” Zul suggested to Zaini and Shohor Bani. Both readily agreed and walk out of the canteen.

“Assalamualaikum…Actually, we want to…” Shohor Bani started to ask in Arabic. The guy manning the information counter raised his eyebrows and said harshly, “Eish tibgha?” [4] “So rude. If you ever come to Tranung, then you’ll see who’s boss. It’s a good thing you don’t understand anything I’m talking about…” Shohor Bani grumbles under his breath, unconsciously reverting back to his mother tongue and dialect. Zul and Zaini chuckled behind Shohor Bani.

Shohor explained their desire properly which is to apply for a transfer from their course to the language centre. The Arab guy checks Zul, Shohor Bani and Zaini’s documents while sipping his syai bi al-na’na’ [5]. He then proceeded to walk around, talking to his friends and asking them questions. “Yeah…go on… talk to your friends as if you’re busy… He wasn’t even doing anything, now he’s just acting as if he’s so busy!” Shohor Bani carped angrily. He’s annoyed with how the Arab guy treated them.

The guy then came back to the counter and said, “The three of you are from Malaysia? SMAASZA? You don’t have to go to the Language Centre, you’re already proficient in Arabic. You can leave.” Dismissing them. Zul, Zaini and Shohor Bani was just left at the counter. Looks like they don’t have any choice but to continue with their classes together with the other Arab students although they have yet to adapt to their customs.

[1] I have written a book specifically about Imam Malik and Imam Syafie as well as the compilation of the stories of Imam of the Four Madhhabs in a book. You can get it through Pustaka Cahaya Kasturi Facebook account to order.

[2] Chapter of Purification in Fiqh