His real name is Sadiq bin Marzuq bin Arabi bin Ghunaim Habannakah. He was born in Maidan, Damascus in the year 1918. His father is a respected scholar in Syria for his piety and taqwa, the same for his mother. Syeikh married his first wife in 1938 and his second wife in 1958. Both of his wives are known as pious Muslim women.

Among his teachers are Syeikh Muhammad Salim al-Labani, Syeikh Mahmud al-‘Aqqad and Syeikh ‘Ali al-Daqqar. His teachers greatly impacted his life and affect even his brother, al-Allamah Syeikh Hasan Habannakah. Other than working as a teacher at a madrasah, he also teaches in Manjak Mosque. Manjak Mosque is a mosque that was built in the early 15th century in the era of the Mamluk Dynasty under the rule of Nasruddin M

Mohammed, the grandson of Saifuddin Manjak, the Governor of Mamluk. The main attraction of the Manjak Mosque is its original tower which still stands tall, surrounded by the mosque’s square. The tower is built as a square building complete with a balcony with simple but beautiful wood carvings. Syeikh’s superiority in knowledge is acknowledged by his friends during his lifetime when he was always chosen to replace other teachers for difficult subjects such as Mantiq and Saraf. Most of his students later become famous and great scholars such as Syeikh Dr Muhammad Said Ramadhan al-Buti, Syeikh Dr Mustafa al-Bugha and Syeikh Dr Wahbah al-Zuhaili. Syeikh’s classes at Manjak Mosque were always full and attended by scholars, Arab and non-Arab students as well as the general public. He would include humour and joke as well as poetry in his lectures to keep his audience at Manjak Mosque entertained and engrossed. Usually, Zul will cycle from his rented house to Manjak Mosque or Syeikh’s house. Al-Iqna’ and Kifayatul Akhyar are the books that he’d bring with him in his backpack. Once in a while, Syiekh will also teach Tafsir al-Khazin, Tafsir al-Baidhawi and al-Jami’ al-Saghir. Other than the classes held at the mosque, his room in the mosque and his house, he also teaches the public the book Sifat al-Safwah at his brother’s house, Syeikh Hasan Habannakah. 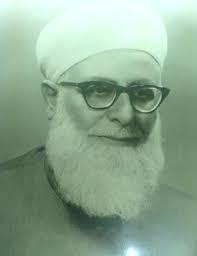 Syeikh repositioned himself, sitting comfortably and starts his explanation. “At the beginning before the sanctioning of the adhan, Muslims will gather and discuss as to what is the best method of calling the Muslim ummah to perform prayer. Some suggested ringing a bell just like the Christians. Some suggested blowing a shofar, a type of horn blown during the Yom Kippur and Rosh Hashanah Festivals in Judaism. Umar then suggested appointing a man to call people to prayer. Hence, Rasullullah instructed Bilal to call it out.”

A specified lesson in his house and designated room at Manjak Mosque is attended by scholars such as Syeikh Qasim al-Nuri, Syeikh ‘Abd al-Halim Abu Sya’r, Syeikh Rusydi Qalam, Syeikh Umar al-Sawwah, Syeikh Riyadh Khattab and Syeikh Dhiya’ Khattab. Syeikh will always read the al-Minhaj and Syarh al-Asymuni ‘ala Alfiyah ibn Malik fi al-Nahwi books. After explaining them, he will open the floor for any opinions and lastly, he will conclude it himself. Occasionally, Zul will also attend the closed meetings to learn and benefit from the pearls of wisdom shared by all the scholars who attend it.

Zul noted every opinion of the scholar who attended in his notebook. As usual, the conclusion made by Syeikh is unanimously agreed without objection. Such is the vast knowledge of Syeikh, admired by other scholars of his time.

His daily schedule is filled with knowledge halaqah, starting with a Subuh sermon with Arab and non-Arab students, a day sermon where Syeikh Ratib al-Nabulsi – medical doctor and khatib of Ibn Arabi Mosque – is the reader. His sermon and classes end with an ‘Isyak sermon. On Tuesdays after ‘Isyak, he will read the book Manhaj al-Qatr, which is the summary of Qatrunnada by Ibn Hisyam, next Syarah Qatrunnada, Syarah Syuzur al-Zahab, Audhah al-Masalik and others. Whereas, for every Sunday and Wednesday, after ‘Isyak, he will teach Tafsir and Fiqh.

General studies classes are held after ‘Isyak on Saturdays, Mondays and Thursdays and after the sun rises on Fridays. Among the books used for the lesson is Umdat al-Salik. Syeikh has a designated room in the mosque where he will gather with his students, including Zul to study and contemplate the book Kifayatul Akhyar after Isyak every Thursday. The lesson then moved to the mosque’s veranda. Every Saturday, after ‘Isyak, Syeikh will teach Muamalat, using the books Fath al-Mu’in, Tuhfah al-Tullab and al-Iqna’. After his class on the book al-Iqna’, Syeikh Sadiq Habannakah suddenly called Zul. “Zul, please come see me.”  Zul was bewildered and confused when Syeikh suddenly called him. He quickly got up, walked towards his teacher and sat in front of Syeikh. Syeikh smiled looking at him, reaches in his jubah pocket and took out 100 Lira. “Take this. Use it for your daily expenses.” Syeikh said as he puts it in Zul’s pocket.

“Next week, come to my house after the sunnah Eid prayer. I’ll be preparing a feast,” Syeikh told Zul before he went home. Zul was still on cloud nine. He can’t believe that he just got 100 Lira and was also invited to celebrate Eid at the Syeikh’s house!

The Eid celebration in Syria is merry and joyous, however, it surely couldn’t be compared to the celebration in Malaysia. Several days before the 1st of Syawal, people will buy their Raya clothes at al-Mazzeh before the day of Eid. After the Eid prayer, Zul and Hazman immediately cycled headed towards Syeikh Saddiq house.

When they arrived, there were a lot of people already there filling Syeikh’s house. Amongst the throngs of people there, Zul and Hazman were the only Malay “lost” in the huge crowd of Syrian Arabs. A huge copper table is placed in the middle of the living room. There was rice with lamb served on the table. A huge bowl of salatah was placed beside it. There were also various types of traditional Syrian dishes including desserts served. There were Shir Khurma, Kimami Sewaiyan, sweet Shirmal bread that can be eaten with Nihari, Firni and other assortments of dishes. Zul and Hazman were spoilt for choices that morning!

Syeikh was busy entertaining his guests and will glance and smile at Zul ever so often. Zul could see guests coming in and out of the house as he continues to eat. Zul took his time, trying each dish prepared one at a time. “Everything is a must-try here. I won’t be able to find these dishes back in Tranung…” Zul whispered to himself. As he eats, he finds it bizarre as the guests would come and leave in groups. When the first group of guests came and finished eating, they will all leave and the next group will come. At any given time, there will only be 5 groups of guests in the living room. However, Zul ignored it, assuming that they did indeed come in groups.

Hazman elbowed Zul and whispered, “Zul, I think we’ve misunderstood the custom here. If you look around, you’ll see that the group that came with us has long gone back. That was the first group. When they finished eating, they’ll go. The second group then become the first group and they start to eat. At one time, there will only be five groups here. But what about us? We’ve been eating from the very beginning. How many servings has it been? We’ve been here from morning till near afternoon. Hehehe…”

“Oh my god, you’re right. I think we should go back now. This is embarrassing. HIhihi…” Zul said as he laughed sheepishly. They quickly wash their hands and thanked their host for the food and service. As they walked out, their faces were red with embarrassment feeling as though the eyes of everyone was following them. Throughout their way home, both of them can’t stop laughing for misunderstanding the culture and customs of Eid celebration in Syria. “Zul, you have to remember, we are now in Damascus, not Kuala Ganu! Hahaha…” Hazman said to Zul.

The children who were playing by the roadside gawked at the two Malay young men who were laughing incessantly as they walked by and disappear in the distance.